We’re back from a short hiatus! And we hope that you’ve been up to date with the current events these past few weeks. This week, earthquakes have shaken the world (at least one part of it), conflict is happening in another, and unsolved mysteries are trying to be pieced together. We’ll get you up to speed in 5 minutes, here on this week’s 5 Things to Know!

On Sunday, Italy was struck with its fourth earthquake in the last 3 months with a magnitude of 6.6, injuring 20 people. The effect of this was that the Historica Basilica was levelled, and other historical sights were destroyed. Seismologists say that this is due to Italy’s geographical location being under the Appenine “red belt”. Experts say that Italy will be prone to experience more earthquakes, as aftershocks should be waiting to strike.

Iraqi forces are closing in on Mosul, a city that has been held under ISIS rule for almost 2 years. Officials and experts say that the fight for Mosul could be extremely fierce, and possibly be taken to the streets and even within houses. If the troops aren’t careful, lots of civilian lives could be taken away, as ISIS brought thousands of civilians into Mosul as human shields against the attack. The taking of Mosul for ISIS is drastic, as it is their proclaimed caliphate and their Iraqi stronghold.

Hopewell Baptist Church, a place of worship for the African American community, was purposely set on fire with the words “Vote Trump” painted on its burned walls. The church stood for 111 years in Mississippi, the extent of the damage is unclear. The church’s pastor, Carilyn Hudson states “We do believe that God will allow us to build another sanctuary in that same place,”. No casualties were reported, however, as no one was in the building after 1 pm. Mayor Errick Simmons said, “It happened in the ’50s, it happened in the ’60s, but we’re in 2016 and that should not happen,”. It is said that this may not just be an attack on the church, but to the African American community. As of now, there are no suspects of the crime. 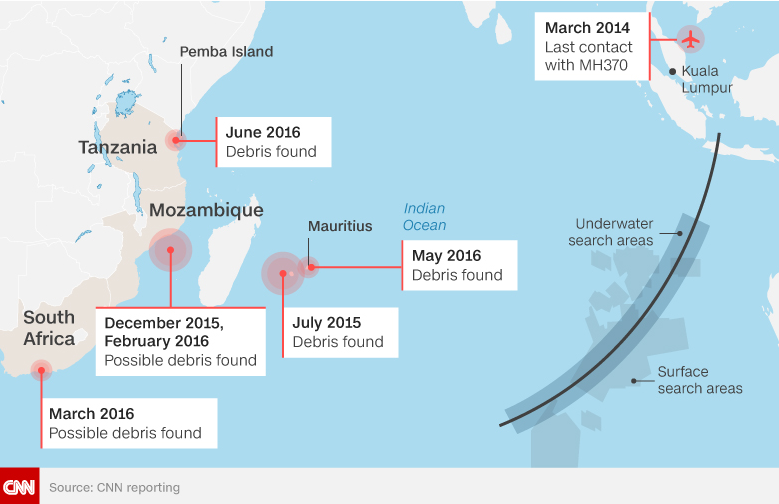 A report from the Australian Transport Safety Bureau released last Wednesday provided the clearest picture we have yet of what happened to the MH370. “Additional analysis (of) the final satellite communications to and from the aircraft is consistent with the aircraft being in a high and increasing rate of descent at that time,” the report said.The report also stated that the descent of the plane during the last time of communication was 25,000 feet per minute (284 mph). The report, along with wing debris found in Tanzania supported aviation expert, Geoffrey Thomas’s statement, saying that “there was no way this aeroplane was being flown by anyone. It was out of control, ran out of fuel and spiralled into the sea at high speed.”

A pipeline that runs from Texas to New York and supplies at least 50 million people experienced an explosion on Monday. Already, gas prices have clearly risen by 16 cents and there will be gasoline shortages in the Southern United States. Georgia Governor Nathan Deal, however, told the public “to maintain regular consumption levels and travel schedules.”The explosion was triggered when an Alabama crew worker hit the pipeline using a track hole; the incident killed one worker and injured 5.