Trilogies too short for you? Looking for worlds to lose yourself in? Here are some of our favourite long length sagas from the folks at KISToday. If you want something to read in order to procrastinate, these ought to keep you occupied:

How To Train Your Dragon 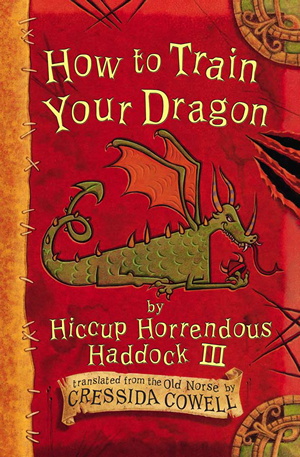 The Twelfth (and last) Book

As a rite of passage into his tribe, Hiccup Horrendous Haddock the Third must capture and train a dragon. But instead of getting a dragon he could be proud of, Hiccup found himself with an abnormally small, toothless one. It wasn’t going to be easy to earn his father’s recognition. Or save the entire archipelago. But this is the story of becoming a hero the hard way.

Intricately plotted and much more mature towards its end than its start, the How to Train Your Dragon series is recommended for anyone looking for a swashbuckling adventure with mysterious prophecies, witty dialogue, and a show of just how artistic fate can be.

The Saga of Darren Shan

The twelfth (and last) book

Darren Shan is an ordinary teenager living in an ordinary town until a visit to the illegal freak show, “Cirque du Freak”, results in him being coerced by Mr. Crepsley, to become half-human, half-vampire. Darren must come to terms with his vampirism and accept that he must leave his old, comfortable life behind to venture into one which is full of danger and most of all, blood.

With twists and turns to throw any reader off its track, The Saga of Darren Shan is recommended for anyone who is interested in a fresh take on vampires, time-travel and amazing fight scenes.

The Wheel of Time

Follow Mat, Rand and Perrin as Moiraine, an Aes Sedai, leads them away from a villager’s life into an epic adventure. The Dragon has been reborn after being dead for three thousand years and the world is about to change forever – though for good or evil, only time will tell.

The Wheel of Time may be a daunting series to approach (being fourteen books long) but the detailed world, complex magic system and wide variety of characters are definitely worth the read.

Wolf Reads is written as a collaboration project between Saloni (G10) and Por (G12).