As the semester draws to a close, we here at 5 Things to Know have decided to create a little recap of current events that shook the world this 2016. These will most likely issues that you already know of, briefly or in detail. Nonetheless, before we go on for the break, it is best to know how our year went, and we’ll give it to you in 5 minutes!

We all know of the famous US elections that shook the world. The heated rivalry before they took place and the striking controversies that arose afterwards. Donald Trump became the president of the United States of America on November 8, 2016. Since then, there have been both cries of glee and anger on the matter, even leading to a petition to recount the votes led by Green Party’s Jill Stein. Here is the list of who’s in Trump’s cabinet so far:

Brexit is another event that was unexpected and took the world by storm. It took place on the 23rd of June 2016, in which everyone of voting age could take part in, to vote whether or not they could leave the EU or not. The majority voted to leave by 52%-48%. The reason why more than half of Britain wished to leave the EU was economics, immigration, and identity. UK’s income gets sent to Brussels (the headquarters of the EU) and gets redistributed among other various states. UK residents also complain that immigration policies (the fact that citizens of member states can go to other member states without visas) enable entrance of immigrants and let them use their already scarce resources. Lastly, the UK doesn’t see itself as European, thus they want to leave to be in control of their old laws and stand out as an individual nation. 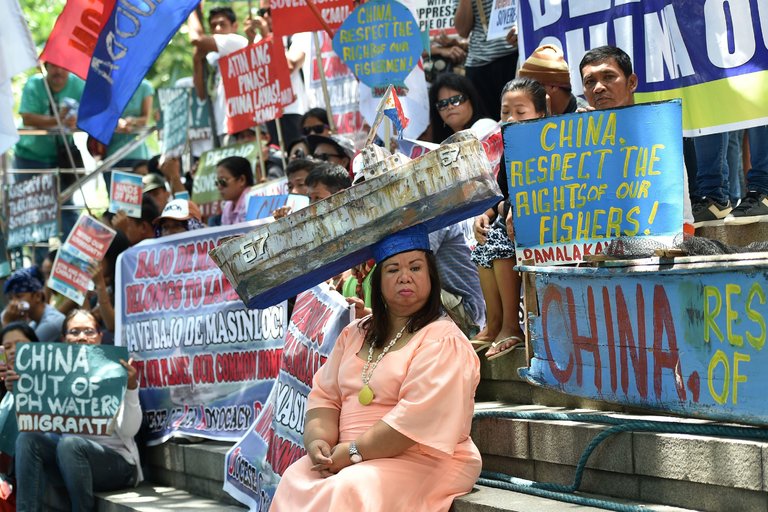 The South China sea dispute was a conflict over territory between China and other South-east Asian countries, especially the Philippines. The reason for the conflict is its strategic location and its abundance of natural resources (including oil). There was a tribunal ruling in the week of July 14 that favoured the territory to be the Philippines’s and pressed charges against China for endangering Filipino lives and damaging marine wildlife. However, China still insists that the territory is their own and has stated that it would ignore any decision regarding the matter.

The conflict started 5 years ago with a revolt against the Syrian government due to lack of freedom and economic problems within the country. Protests arose against the government who was led by President Bashar al-Assad, which then led to civil war between the government and the rebel group called the Free Syrian Army. There has been a loss of 450,000 lives ever since the conflict started. This year, the conflict was mainly heard from Aleppo. The situation today is that the government was able to take back 98% of East Aleppo. However, in the process, neighbouring countries and Syrian civilians have been greatly affected. Today, Lebanon, Turkey, and Jordan house large numbers of Syrian refugees which are still growing in number.

This year, North Korea claims to have successfully conducted 5 nuclear tests, with its 5th nuclear test the most powerful one yet. This is a victory for North Korea but raises tensions in other parts of the world. Nuclear advancements have increased drastically ever since 2006, with September 2016’s bomb to have an explosive yield of 10-30 kilotonnes. China is seen as North Korea’s strongest ally, and the world averts their attention to them, however, they have joined to apply tough new sanctions to North Korea. The world now holds is breath as it awaits to see what North Korea will do with their weapons. Either way, selling or keeping for their own military arsenal, the tension of nuclear war lingers evermore this year.

Thank you for sticking with us for this year! We hope everyone has an amazing break and we’ll have to wait and see what new headlines and stories 2017 will give us.