It’s been a while since our last “Wolf Reads” post! This week, we’ve chosen our favourite animal-related books. Be sure to check them out.

Who knew cats could be such fascinating creatures? Dive into a world where cats are divided into four clans. Each cat trains to become a warrior to safeguard its clan from the others. Complete with battles, plot twists and surprisingly relatable characters, the Warriors series is definitely worth a shot.

Note: The image above is only the first arc of the series.

The Art of Racing in the Rain

On the eve of his death, Enzo recounts his life: an observation of Denny’s life and the hardships he faces. Enzo desparately wants to be human and wholeheartedly believes that in his next life, he will be reborn as one.

Written from a dog’s point of view, be prepared for a heartaching story which will make you think of our lovable canines in a different light.

The Call of the Wild 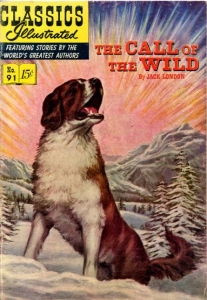 Buck has faced more hardships than a dog should have to in a lifetime. He was born into luxury but kidnapped to become an Alaskan sleddog. He is passed from owner to owner who represent the best and worse of mankind. Buck learns to adapt to the “law of club and fang” but eventually gives in to his true spirit.

The Call of the Wild will make you wince and smile at the same time as you read about the deep bond between dogs and humans.

Wolf Reads is written as a collaboration project between Saloni (G10) and Por (G12).