And the world continues to spin, this week we saw a crashing wave of politics with Donald Trump meeting Canadian prime minister, Justin Trudeau, the resignation of Michael Flynn, the violation of a treaty with Russia and much more. Want to know what’s going outside your door? That’s what we’re here for. Here’s this week’s 5 Things to Know. 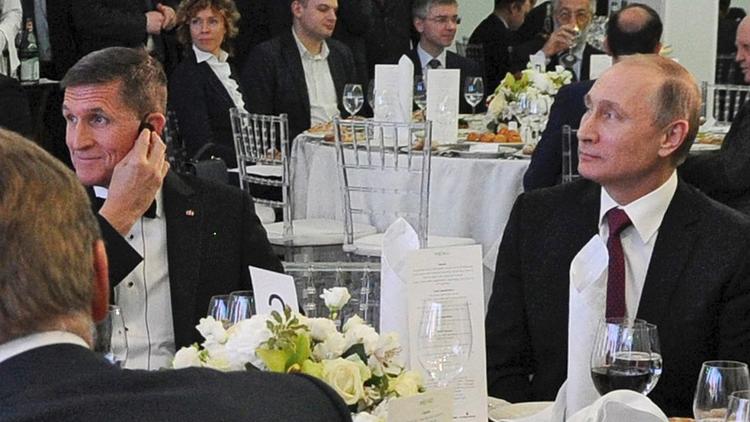 It’s been only two months since the start of 2017, and already we can see some aspects of the Trump administration fall apart. Previous National security advisor, Michael Flynn resigned due to information he failed to deny that he took part in. Last year, Flynn was reported to have a talk with Russia’s ambassador to the U.S about sanctions that would be put on Russia by the Obama administration. Flynn then told them not to fret as the situation will loosen up with the Trump administration. However, it was only reported that he talked to the ambassador about how to contact the president-elect. This leak of information when Flynn wasn’t even in office is a potential threat to the U.S, in which they could be blackmailed by Russia.

On February 14, the Indian Space Research Organization (ISRO) completed a major achievement, in which a rocket with 104 satellites on them was launched successfully into space. The Polar Satellite Launch Vehicle launched three Indian satellites and 104 nanosatellites from five other countries: the U.S., the Netherlands, Israel, Kazakhstan, nd Switzerland. All “104 satellites have been very precisely injected into orbit … reiterating the ISRO’s capability in handling complex missions,” said the ISRO during a live broadcast of their launch. India’s prime minister congratulated the organization, tweeting “This remarkable feat by @isro is yet another proud moment for our space scientific community and the nation. India salutes our scientists.”

A woman was arrested in Kuala Lumpur, Malaysia, after the murder of Kim Jong Un’s half-brother, Kim Jong Nam. The means of death was poison, and the murder happened right before Kim Jong Nam was bound to board his plane to Macau. There were originally two suspects who were caught on CCTV cameras fleeing the scene in a hurry, and the woman who was arrested is currently holding Vietnamese travel documents. The other details of the murder are still being investigated. Information will not be shown to the North Korean public for political reasons.

Moscow deployed a cruise missile which made an apparent treaty violation, said a senior military general. This was just the latest of the continuous events that Russia has portrayed, provoking the U.S in the early days of the Trump administration. The cruise missile contradicted the 1987 Intermediate-Range Nuclear Forces (INF) Treaty. “The Russian Federation remains in violation of its INF Treaty obligations not to possess, produce or flight test a ground-launched cruise missile with a range capability of 500 to 5,500 kilometers, or to possess or produce launchers of such missiles,” acting spokesman Mark Toner said in a statement issued Tuesday.

And yet another weapons test has been conducted by North Korea. Early in the year, notorious dictator Kim Jong Un welcomed the new year by saying that weapon testing has gone well and that they are preparing to test launch a missile with the range to threaten America. This was most likely a sign of provocation. The missile may have not crossed the range within America (landing into the Sea of Japan), but it is a sign of rapid progress.