The following article was written by Casey G10

Have you ever seen the reaction of a friend when they discover you, a female, play video games?

Well, I am a female, and I play video games.

We live in a society where female gamers are not treated seriously. According to BBC News, Stephanie Harvey and Julia Kiran are professional survival gamers who participate in tournaments, yet, their annual income from being professional gamers is only $156K, which is relatively lower than male gamers’ income of $2.6M. Even so, why do I, as a self-proclaimed feminist, insist on playing video games? The answer is simple: due to the flood of video games in the twenty-first century that portrays positive female roles, it encourages women empowerment and in fact influences female gender roles.

Firstly, there are independent women with strong leadership skills in which the plot revolves around their complex personality change in video games, an example would be Max Caulfield from Life is Strange. Max possesses the supernatural ability to turn back time, which allows for time alteration, and makes her the protagonist. For example, due to time alteration, Arcadia Bay was put under destructive and unusual phenomenons. Max was the only one who could rewind and prevent the collapse of Arcadia Bay with her power. Max was the only one who could save her friends and herself, though I question why a strong female character was given a typically male name. Yet, in the end she decided to make sacrifices and lose someone she held dearly to. Her will in saving humanity is capable of showing her as a leader with independent skills. Another example would be the round character Ellie from The Last of Us. Ellie is a lovable character, considering she was only fourteen years old and survived a zombie apocalypse with Joel. At first, Ellie had lost everything from the apocalypse and was going to be experimented by the Firefly Organization. She was fragile and helpless, but in the end she was determined to protect Joel, and this allowed her bravery to be shown. For instance, Ellie carried injured Joel while fighting against zombies. Compared with traditional female roles whereas females are gentle and needy for protection, Ellie is holding a machine gun busting through the heads of zombies. Females are portrayed as strong individuals in recent video games, which is why I enjoy playing them. 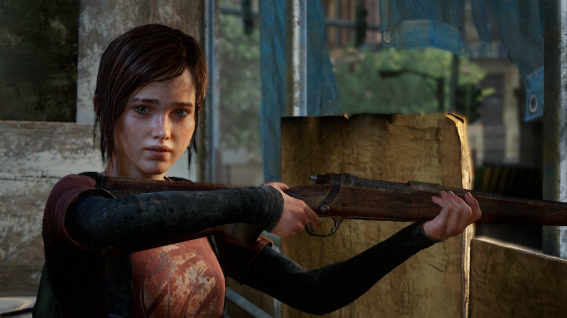 Secondly, in video games, there are women that do not require men’s assistance to achieve their goals, an example would be Princess Peach from Super Princess Peach, forgive me. It was an inverse society created by Nintendo in 2005 where Mario was kidnapped by Bowser and Princess Peach came to the rescue. This had completely altered the original plot of Super Mario Bros, which was created back in 1985. It demonstrates that females are seen equally as men as time flies by. Another example of women who do not need men’s help to complete their tasks would be the recent survival game, Resident Evil 7, where Mia was trapped in a haunted house and her boyfriend, Ethan, attempted to rescue her — the cliche horror game context, I know. However in the end *spoilers*, Mia was the one who cut open the raw flesh of the monsters in the final boss and released Ethan from the claws of the blood-sucking monsters. Although it is undeniable that Mia needed Ethan’s help at the beginning, she broke away her feminine role and became independent to stay away from monsters. If you still think Mia is pointless, let me tell you: Ethan would be dead by now if Mia is not there. Another character in the game, Zoe, assisted the player to find the serum to escape. She was the brain of the master plan, which means without Zoe, the story cannot continue to develop. Do you see the importance of females here? They are not merely supporting characters, but key characters who develop the plot, and another reason why I play video games.

Lastly, women who are completely out of the traditional video game stereotypes are portrayed in video games. In other words, they are not portrayed as sex objects wearing skintight, figure-accenting clothing. Visual design is important for game designers to communicate a character’s personality; April Ryan from The Longest Journey is one of the female protagonists that does not link to sexualization. She gives off a non-feminine aura with the black clothing and short hairstyle. What’s more, she is wearing a black cape, not the typical Snow White cape, which is a symbol for mysteriousness and separation from society, completely opposite of the traditional roles of women where they are sympathetic and affectionate. Another example of a non-traditional female character would be Jade from Beyond Good and Evil in 2003. She is a heroic journalist who strives to expose the conspiracy of alien invasion and corrupted government, alone. In terms of aesthetic, she is a woman of colour wearing cargo pants, which represents that she dresses according to her own needs, but not to impress men. I mean, in what world will one wear cargo pants now anymore, right? One thing the two characters have in common is that they are capable of using their will and humanity to bring justice to society, which suggests that sexual seduction is not the only way for women to survive. They are both out of traditional stereotypes where women succumb to society’s pressure and are oppressed by men. Video games inspire me, as a feminist, to break down the walls of female stereotypes. This is thus one example of how non-stereotypical female roles are included in video games, another reason why I choose to play them.

Society has evolved, I suppose… The reason there used to be fewer female protagonists in games was because it was originally targeted towards males. However, as society has become more open-minded and accepting towards gender equality, there has been a switch at the market and target audience’s interests. According to the Entertainment Software Association report in 2013, females contribute 45% to the gaming industry in 2013, which has rose from 11.5% in 2005. With the increase of positivity among women roles in video games in the recent years, such as independent women with strong leadership skills, women that do not require men’s assistant to achieve their goals, and women who are out of the traditional boundaries, video games have established the idea that females are as well entitled to play games, be proud of it and embrace their identities. It will be interesting to see how the two female gamers will have their career developed over the next few years as the rising popularity of female empowerment in video games grows.