The following article was written by Sha Sha G10.

“Oh, you beautiful doll” might be a flattering phrase to some of you, but to me it’s not.

Dolls, those small, endearing models that are absolute must for every girl have been part of society for centuries, and they’re often associated with the concept of beauty. Check out this Bratz doll commercial.

Large eyes, small nose, flawless skin, glossy hair, and glamorous dresses–these features are what this commercial emphasized, and it’s completely engendering misconceptions that they are the ideal appearances that females should aspire to.

But really, that’s impossible, isn’t it? (Unless you do plastic surgery)

Growing older and having more knowledge and experiences of this society with parental guidance, I’ve realized that these appearances are but unreachable and exaggerated desires that most females are compelled to have to the point that they can’t distinguish the difference between a real human with flesh and a plastic doll. So I’m here today to expose these doll comparison’s true colors.

Body proportions of dolls should never equal to a human’s body proportions. When speaking about this absurd issue, I immediately think of Barbie, that famed American fashion doll that has been sold by females of almost all ages for more than billions globally. But there are controversies. 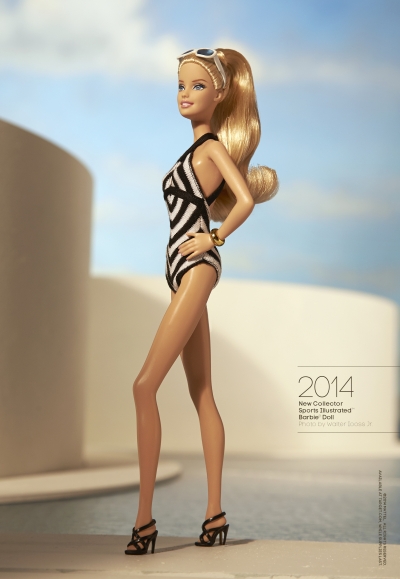 The first thing that stood out to me in this Barbie advertisement from Design Taxi are those legs, those emaciated, malnourished legs. You might think that there’s nothing wrong about them because she looks beautiful, but consider that again.

Based on this table by Jillian Croll, it shows that if Barbie was a real female, then her neck circumference would be 6.2 inches–it’s two times longer than an average female neck! She wouldn’t be able to support her head, which is the home to every major sensory organ of the body! As stated in Health Line, without the head, the nerves, which are the touch sensors that allow the body to sense temperature, texture, pain, and pressure, wouldn’t be functional and could potentially lead to coma. Moreover, with 22-inch waist, Barbie wouldn’t be able to breathe properly because her thin waist would restrict her lungs from inhaling oxygen. I could remember the time when I wore a tight corset to look like Barbie in a high school prom, and I wanted to barf because of how confined my waist was.

Are we trying to convey that this unhealthy body image is what young girls are supposed to achieve? Children are sponges; they follow what they see or hear from their surroundings, especially the media, the impure substances. According to an article by Jeana Lee Tahnk, children from the age of eight to ten spend eight hours a day on media. It’s obvious that their thoughts would be washed, and they wouldn’t realize that dolls and humans aren’t compatible with each other. Ever.

With the expansive exposure of social media, the effects of these dolls on our female community are drastic. According to a research by Croll, 85% of young women are worried about their appearances, and because of this whole feeling of dissatisfaction, social media, particularly advertisements about dolls, are highly influential, as shown in this photograph from a news article from Mirror. 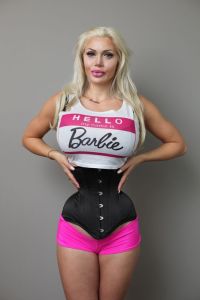 Pixie Fox, who’s a Swedish woman and Instagram celebrity that has been obsessed with dolls and cartoon characters, had six ribs removed, allowing her to have a record-breaking 14-inch waist to become a “living doll”. As soon as I saw this photograph, I was appalled. How could she even breathe? How could she even stand? Don’t get me wrong. I do know that beauty is in the eye of the beholder, but she’s not actually being a suitable role model for children who might follow her footsteps in the future. She’s conveying the message that it’s normal to have as much surgery as you want–she’d already spent over $80,000 for it–in order to imitate the appearance of a doll. In actuality, according to Mayo Clinic, doing extensive plastic surgery can cause cardiovascular diseases, pneumonia, and leukaemia. Doesn’t sound that worth it, does it?

But that’s not all. 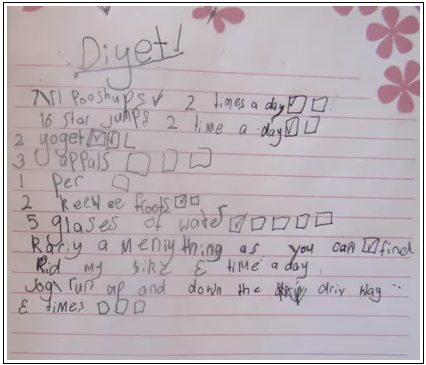 Here’s a shocking note from Rehabs–it’s written by a 7-year-old daughter that was found in her bedroom. Can you believe this? This girl couldn’t even spell the word “diet”, but she had already been fretting over losing weight with “pooshups” just to embody a thin physique like the dolls she played. This girl should have savoured her precious childhood, to be honest! If I was her, I would still be playing tag with my friends without even knowing that the concept of dieting existed. Imagining that this girl suffering from different eating disorders–anorexia, bulimia, you name it–when she reached high school is depressing. As a person who used to enjoy collecting dolls, I’m still aware that there’s a wall between reality and idealism, but for a mere child to penetrate through this is outrageous.

Then the question remains:

Why are these dolls still popular despite of the negative and harmful effects?

Well, the answer is simple.

Social media and societal beauty standards are maintaining the popularity of dolls. As mentioned in Street Directory, ever since Mattel company started to produce Barbie dolls in 1959, Barbie has been shown on tons of commercials, creating a prolonged and extensive publicity for over 40 years and gaining new fans in each of those years. Not only that, but the doll itself has also evolved, meaning that there are countless versions of these dolls, including clothes and accessories, creating a variety for children’s selections and becoming more successful. 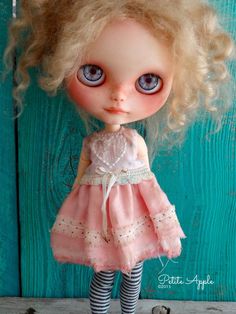 Blythe dolls, known for their oversized heads and huge color-changeable eyes as shown in the photograph from Pinterest, reflect what most Asian females, mostly adults, wanted. According to Tasty Thailand, having large eyes and pale white skin like Westerners are perceived as attractive to Asians because they despise their Asian features that revolve around pointy eyes and tanned skin color, causing women to become obsessed with them, for example a Thai woman who bought 15 Blythe dolls for collection. As a result, dolls will still continue to prosper as long as social media exists and the beauty standards don’t change.

Then what should we do?

Female of all ages, primarily in childhood, need role models. We need to understand the true meaning of beauty instead of being pressured and brainwashed by the distorted ideas represented by dolls. By no means should you spend $80,000 on plastic surgery or succumb to health difficulties for this intangible quality that is perpetuated by social media and society standards. We should encourage our community to love their bodies rather than artificial non-living beings.

If you have any ideas about how to prevent or this issue or opinions, share them in the comment section below! Thanks!