As another week has passed by, North Korea launched a missile over Japan who’re apparently their “allies”, while monsoon has affected different parts of the world causing destruction and deaths. On the other hand, technology and science are working collaboratively on finding a cure to cancer.  Want to know what we’re talking about? Continue Reading “5 Things to Know”!

Houston, the US city, underwent a tropical storm which brought heavy rains to the coastline of the southern US state, killing forty four people. The amount of rainfall has increased significantly with a record of 30 in of rain (75 cm). Harvey Storm has been classified as the “fiercest hurricane” to hit United States in the past 13 years. Even though it was categorized into a category four hurricane on friday, it was later downgraded to a tropical storm. Overall, 2000 people have been evacuated around Houston. According to the US National Weather service, the situation is unimaginable as a flash flood emergency has been enforced near Houston because travel is merely feasible. The damage encountered is reaching the losses of Hurricane Katrina in 2005, which was $ 108 billion. 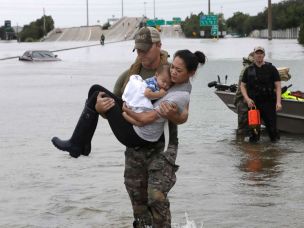 Pyongyang, the North Korean capital, had fired a missile over northern Japan region Hokkaido, which then landed in the sea. Recently, North Korea has conducted numerous missile tests but this was the first time it was considered as a ballistic weapon for Japan. UN Security Council has condemned North Korea for what they’ve done and have demanded North Korea to cease all the testing of missiles, calling it “outrageous”. China and Russia believed that part of this blunder was due to US military activity in the region which has caused the tensions to escalate. Several North Korean officials have informed that Kim Jong Un was extremely contented by the missile’s performance. Sources claim that North Korea’s next target for their military operation is Guam.

A treatment has been introduced in order to redesign the immune systems of patients so that they attack cancer. The US Food and Drug Administration have announced that this particular drug is “entering a new frontier”. Novartis, a company, is charging $475,000 for this “living drug” therapy currently. This treatment is capable of leaving 83% of the people cured if they’ve been infected by blood cancer. The living drug is known as CAR-T and is created by the extraction of white blood cells from the blood of the patient and genetically reprogramming them to kill the cancerous element. Despite the fact that this technology will be able to “treat” blood cancer, there is one potential risk added to it. It can cause cytokine release syndrome due to the rapid increase of CAR-T cells within the body. However, the effects of this syndrome can be minimized with drugs.

For years, monsoon downpours have been causing disasters across Asia. On the 31st of August, one of the largest monsoon rain in over 15 years hit Mumbai, devastating the public population. The monsoon that hit Mumbai was 12.7 cm, which is an average amount of rainfall for a month. Many of the public population were trapped under the ruins of buildings that had given way from the monsoon, and rescuers struggle to bring people to safety. Up to 16 people were killed when a four storey building collapsed in the densely populated Bhendi Bazaar. Train services and public transport was paralysed, causing trouble for people who want to leave the place for their own safety. Roads were turned into rivers and public property was reduced to mere rubble. According to the local officials, the death tolls were definitely much worse than it seemed, just that the rescuers did not sucessful find the corpses. The officials were fearful of the domino effect that this monsoon will cause, and hopes to rescue as many people as possible. 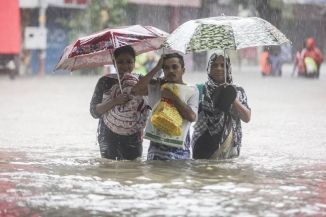 Last month, Kenya had elected Uhuru Kenyatta as president. However on the 1st of September, Kenya’s Supreme Court has annulled the result of the election, and orders a new one within the next 60 days, citing “irregularities”. These irregularities were supposedly due to the commision, who had “failed to conduct the presidential election in a manner consistent with the dictates of constitution”. Raila Odinga, Kenyatta’s opponent believed this choice to be right, and demanded resignations from the commision, believing them to be “rotten”. Kenyatta, although at a disagreement with the court, remained calm and urged for his supporters to remain calm as well. This announcement brought both cheers and angers for the people of Kenya. This was the first time in Africa that a court has ever successfully challenged a presidential poll. 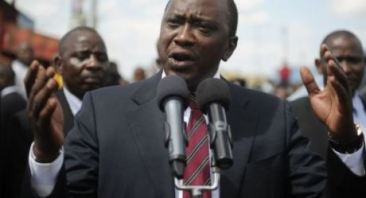 Written by myself & TK from Grade 10