This week, we present to you five highlights of the week that are primarily based on political issues and conflicts. Quite a lot of unexpected events have been taking place around the world.  It is vital to know about these events in order to better predict the future. Continue reading if you’re interested in finding out more about these events:

Australia’s Senate President may hold a dual citizenship: Stephen Parry revealed that he may be a dual citizen, signifying that he would be the eighth MP caught up in the citizenship debacle. He exclaimed that he may have inherited a UK citizenship from his father,meaning that he wouldn’t be eligible for the office. Mr. Parry’s father moved to Australia in 1951 in his teens and Mr. Parry was born in 1960 in Burnie. He always reckoned that his late father was an Australian, particularly because he undertook national service, was a member of the Australian Army Reserve, and also voted in every Australian election. Moreover on last Friday, five politicians, inclusive of Deputy Prime Minister Barnaby Joyce, were accused of being dual citizens which is against the commandments of the High Court. As a Senate President, Mr. Parry’s role was to handle the upper house and simulating the role of a speaker in the lower House of Representatives. As a replacement for Mr. Parry, votes from last year’s elections would be reconsidered. 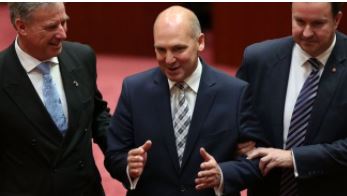 New York terror attack: On Tuesday, a truck driver hurtled into numerous people, parallel to the West Side Highway in lower Manhattan, and shouted “Allahu Akbar” after getting out of the vehicle. According to CNN, this is by far the deadliest terror attack in New York City since 9/11. Bill de Blasio, the New York Mayor, has said that this was an act of terror that was aimed at innocent civilians. Later, two law enforcement sources identified that the attacker was Sayfullo Habibullaevic Saipov, a native of Uzbekistan. Dozens of people were injured and almost eight were killed during the attack. A police ofer, Nash, shot Saipov in the abdomen. However he managed to survive and underwent a surgery. Saipov is also said to be linked with social media accounts that consist of ISIS-related information. Donald Trump tweeted that since the terrorist was happy to hang an ISIS flag in his hospital room, he should receive a death penalty. 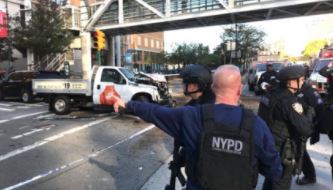 Sir Michael Fallon to resign: Being the first politician to resign because of sexual abuse claims, the ex-Defence Secretary of Britain is Theresa May’s most steadfast allies. He confessed that his past actions fell “below” the high standards that the armed forces he represented required. Mr. Michael proclaimed that behavior that was acceptable a decade ago is no longer accepted. This is because the PM wants the staff to be protected and allegations of misconduct investigated. Theresa May appreciated the way Sir Michael considered his Cabinet role quite seriously, setting an example for servicemen and women. Moreover, when he was asked whether he should apologize, he said, “there are always things you regret, you would have done differently.” Additionally, after much consideration, Chief Whip Gavin Williamson has been appointed as the new defence secretary. 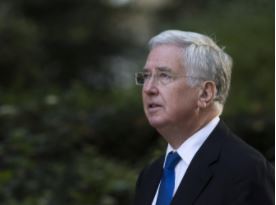 China’s role in the US opioid epidemic: According to the Chinese authorities, China is the main source of fentanyl, a cheap synthetic opioid which is 50 times stronger than heroin, flooding into the US. Wei Xiaojun, a deputy director-general of the Narcotics Control Bureau of the Ministry of Public Security, did not deny that some fentanyl that is produced in the US doesn’t come from China. However, he did exclaim that there is not much evidence to support whether most of the fentanyl and other psychoactive substances come from China. Besides, China has taken action to regulate 23 fentanyl substanced, which has exceeded the standards of US and the UN. Donald Trump had declared a public health emergency regarding the opioid epidemic the previous week and has promised to communicate with Chinese counterpart Xi Jinping as soon as possible. Donald Trump has great hopes from Xi Jinping as he assumes that he would take the problem seriously and take action. Moreover, the drug and its analogues killed over 20,000 Americans last year and the number is increasing exponentially. 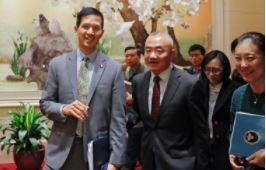 Spanish Judge jails 8 members of the Catalan Government: Not even a week after Catalonia declared independence, Carmen Lamela, the judge of Spain’s national court jailed eight former ministers due to possible charges of sedition, misuse of public funds, and rebellion. A ninth minister, who resigned a day before the declaration of independence, was allowed to remain at liberty on bail of $58,300 Lawyers that are under this investigation described the decision as predetermined, and unjustified. The attorney general of Spain is planning to prosecute 20 Catalan separatists, inclusive of Carles Puigdemont, who is the leader of the Catalan Government. Additionally, Puigdemont’s lawyer in Belgium said that it is beneficial to keep a certain distance, and if the government asked about Puigdemont, he shall cooperate with the Spanish and Belgian authorities. 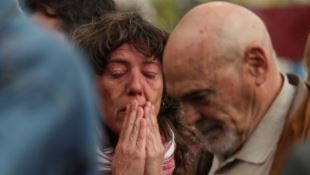