As another week comes to an end, an earthquake that was experienced in the Iraq-Iran region has killed several people. Tensions between North Korea and South Korea continue to increase, research about space and planets continues to progress, and Democrats and Republicans (who differ in their philosophies and ideals) continue to see the world in different ways,  especially in the elections that are yet to take place. Continue reading for more information!

Iran-Iraq Earthquake: The 7.3 magnitude earthquake that hit the border of Iran and Iraq has taken the lives of over 500 people The epicentre of the earthquake was outside Halabja, Iraq. Over 12000 residential buildings have collapsed and 70,000 people are homeless. Following the earthquake, there were more than 200 aftershocks, that hit countries such as Pakistan, Lebanon, Kuwait, and Turkey. The Revolutionary Guard of Iran has been dispatched to affected areas in order to assist with the recovery efforts. The province that was most affected was Kermanshah, where three days of mourning has been declared. The local governor of Kermanshah Dalahu county exclaimed that most villages had been completely destroyed. Iranians living in the US are putting full effort in order to devise creative solutions to send humanitarian aid to the areas in western Iran affected by the quake. However, Mohammad Javad Zarif, the Foreign Minister of Iran, has said that the country does not need aid and is capable of coping, on its own, with the destruction.

Nearby Planet, Best Prospects of Life: An Earth-sized planet, that is relatively close to the Solar System, has been discovered by astronomers. The properties of this newly discovered planet, known as Ross 128 b, has contributed in making it a target in the search for life somewhere other than planet Earth. The closest exoplanet, Proxima b, is less hospitable for life, in comparison to this planet, which is supposedly located 11 light years away.  Scientists have also uncovered that the mass of this planet is 1.35 times the mass of Earth and the surface temperatures are also expected to be comfortable. Moreover, Ross 128, orbits a star (which is a red dwarf), but is not as active. Even though most of the existing exoplanets are hit by dangerous ultraviolet rays and radiation thrown out by red dwarfs, Ross 128 is comparatively quieter, which makes existence of life possible on the planet.

North Korean Soldier in Critical Condition: A North Korean soldier crossed to the South Korean side of the guarded Demilitarized Zone in the village of Panmunjom on Monday. The North Korean troops shot at him 40 times, which led to his critical condition. The soldier drove a jeep toward the Joint Security Area after 3:00 pm, according to a spokesman for South Korea’s Joint Chiefs of Staff. However, the vehicle got stuck in a ditch, so the soldier jumped out of the vehicle and ran towards the separation line in an attempt to escape the border line. More than 1000 people flee North Korea to the South every year, but only a few defect via the Demilitarized Zone, which is very heavily guarded. Four North Korean soldiers chased him and fired over 40 rounds, some of them being from AK-47 assault rifles. The injured man was airlifted to a hospital in Seoul, where he was operated on by the best surgeon of the country.

Democrat Doug Jones takes the lead: Democrat Doug Jones is leading by eight points in the US Senate race in Alabama, due to the sexual abuse allegations that were made against Republican Roy Moore. The special election is being held in order to fill the seat that was left vacant by Jeff Sessions when he became the US Attorney General, which is less than a month away. About 78 % of the Republicans have said that they will cast their ballots for Moore, but a minority of 13% said they will vote for Jones. For Democrats, roughly 91% of them will be voting for Jones, versus 3% who are supposedly planning to vote for Moore. Likewise, 81% of Trump voters are supporting Moore, whereas 91% of Clinton voters are in favor of Jones. The special election will be held on December 12th. This was the first public survey that was conducted by live telephone after several women alleged that Moore physically assaulted them or made unwanted sexual advances, where most of the women were just teenagers. 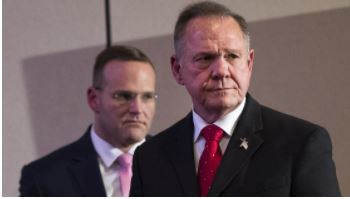 First Border Talk Between India and China: On 17th November, India and China held their first meeting regarding border consultation and coordination mechanism after the Doklam standoff two months ago. The Doklam standoff was the military border standoff between the armed forces of India and the People’s Liberation Army of China, over road construction in Doklam. Collaboratively, they reviewed the situation in different sectors of their borders and exchanged ideas in order to enhance CBM’s and military contacts.The talks were very constructive and progressive, as both sides agreed upon the notion of maintenance of peace and tranquility in the border areas, claiming that it would lead to sustained growth of bilateral relations. They also talked about further confidence building measures and came up with steps that would enable them to strengthen their military contacts. This was the first talk between the two countries after President Xi Jinping began his second five-year term as the chief of the ruling Communist Party. Additionally, Chinese Foreign Minister Wang Yi is planning to visit India in order to be a part of a meeting that that is held between the Foreign Ministers of Russia, India, and China (RIC) in New Delhi next month. Wang is expected to meet Sushma Swaraj, and other top Indian leaders, to discuss various issues. 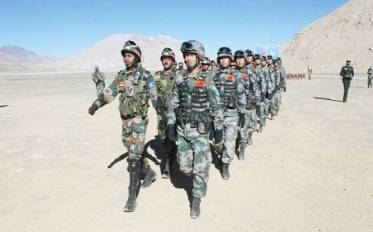