Welcome back to school after a relaxing break of 3 weeks. It is time to read some news again! Here are 5 highlights of the week:

Oprah “actively thinking” about running for president- On 7th January, Oprah Winfrey became the first black woman to win the Cecil B. deMille Award at the Golden Globes. While accepting the award for “wonderful contributions to the world of entertainment,’’ Oprah gave a passionate speech about sexism, race, and inequality between men and women in industries. Due to her amazingly powerful speech, the hashtag #Oprahfor2020 has been used over 22,000 times on Twitter. According to a Democratic strategist called Jesse Ferguson, Oprah has all qualities Trump pretends to have– successful, generous, charitable, confident, and so on. He exclaimed that she is an accomplished celebrity and would be favored by the people because of all she’s done for people, unlike Trump. A few of her confidants are urging her to run, while some people think that since she doesn’t have political experience and wouldn’t be a good President. 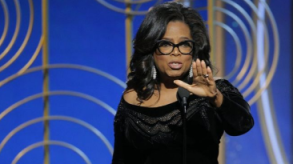 North & South Korea defuse military tension- Both Koreas have decided to hold talks regarding the defuse of border tension. North Korea has decided to send National Olympic Committee athletes, performers, and cheerleaders to the South for the 2018 Winter Olympic Games being held in February. According to Yonhap news agency of the South, there will be exchanges in other unspecified areas in order to improve relations. As a gift for new year, both Koreas, especially North Korea, guaranteed a peaceful environment on the peninsula. The South claimed that families that have been separated due to the Korean War reunite  during the Lunar New Year Holiday which would take place during the games. North Korea’s response to the proposal of athletes from both sides marching together at the Games was very positive, and Donald Trump from United States declared that he feels happy about it, and that they will get involved in the matter if needed.

UK urges Donald Trump to honor Iran nuclear deal- President Donald Trump had promised to scrap the nuclear deal during his election campaign and claimed that it is the “worst deal ever.” To keep the deal fully intact, he must sign several waivers every now and then in order to maintain the suspension of sanctions imposed on Iran. However, Senior European diplomats have urged him to honor the deal. The 2015 nuclear deal was an agreement between Iran and the six world powers, and was focused around the reduction of the production of two nuclear-weapon making components, being plutonium and uranium. According to the representative of European Union chief foreign affairs, the deal is necessary to prevent a nuclear arms race and protect the rest of the world. The deal is working successfully since Iran is under close surveillance and is completely committed to it. Donald Trump said that he is extending sanctions relief for Iran for one last time so that Europe and US can fix the terrible flaws of the deal.

Rohingya Marriage Ban- The court of Bangladesh has upheld a law where Rohingya Muslims have been banned from getting married in the country. Over half a million Rohingya Muslims have fled to Bangladesh since 2017. This case was raised by a man who had a 26-year-old son that had been evading police since the time he had married an 18-year-old Rohingya. The police has been searching for Shoaib Hossain Jewel since October. According to reports, he met the Rohingya woman when her family was living at a local Muslim cleric’s house. This was the first known union between a Bangladeshi and a Rohingya since the crisis. According to the law, government officials claimed that wedding certificates were being used to claim documents such as Bangladeshi passports. Anyone that was caught marrying a Rohingya would be sentenced to seven years in prison. Mr. Jewel’s father filed a petition against the law saying that if Bangladeshis can marry people from other religions, they should have the right to marry a Rohingya as well. 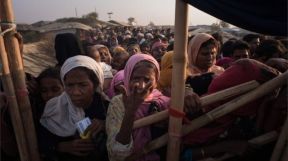 California mudslides and wildfires- The monsoon season has led to a horrendous start of 2018 in South California where deadly mudslides have taken lives of many people. Rescuers are digging through mud, downed trees, and power lines to search for victims. The mudslides were unpredictable and the residents had almost no time to flee. Due to the mudslide, the US 101, which is a major West Coast highway from Montecito to Santa Barbara, was temporarily shut down. Many people, including Oprah Winfrey, who lives in this area was not spared and shared pictures of the damage on social media. In addition, Thomas fire, the largest wildfire on record in California , was declared 100 % contained. The fire had been burning for over a month and due to heavy rains, the land that was burned by the fire created mud flows that buried neighborhoods. All in all, the fire, which is a 282,000 acre monster blaze burned and area that is the size of Dallas and Miami combined. 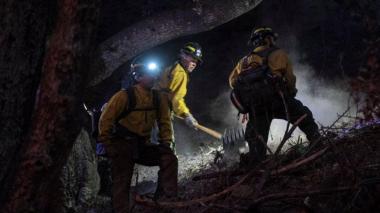