The following article was written by Anais (G9).

Student council will be organizing a Volleyball Competition during lunchtime on February 12-15 and the 20th for the finals. The event will be taking place on the MYP basketball court from 12:40 to 1:00 pm. This event will be a proper volleyball competition, with proper sets, bumps and spikes.

Information regarding the game: 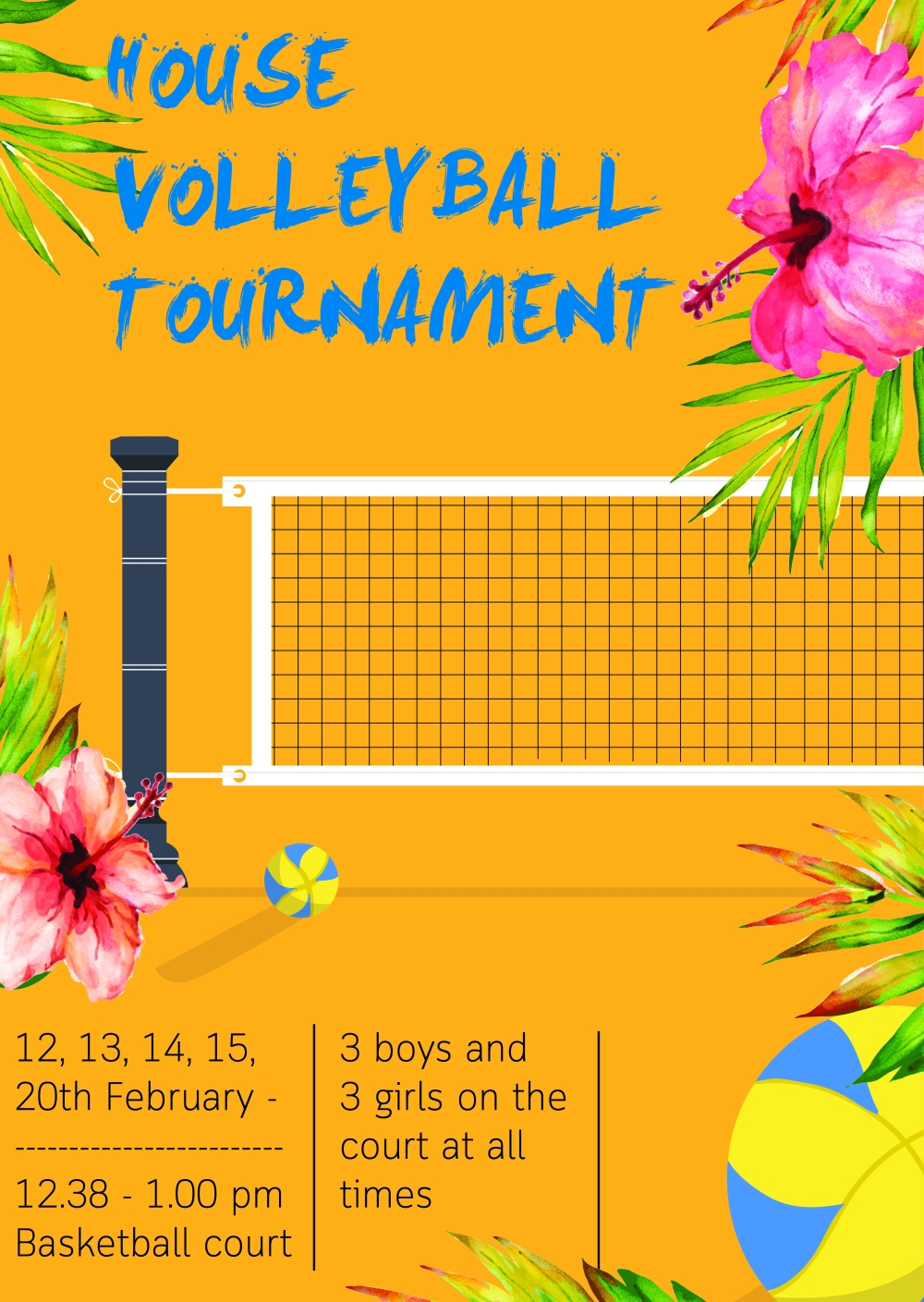