Young South Korean women are fighting for a new future. Introduction of the #MeToo movement has highlighted issues such as sexual harassment and abuse all around the world, especially in this country which is socially conservative. For instance, Son Naeun, the famous singer from the band Apink, posted a picture on Instagram with a phone case that said “Girls can do anything”, and was later accused of promoting feminism which urged her to delete it. Additionally, Governor Ahn Hee-jung was accused of raping his secretary after which he resigned from his job. Shockingly, women in South Korea earn only 63% of the salaries of men- which is one of the highest wage gaps amongst the 29 developed nations. According to Forbes, only 2% of South Korean women make up key positions of power. At the #MeToo marathon protest, 193 women stood up and shared their experiences regarding this issue for 2018 minutes continuously. 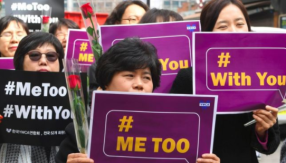 President U Htin Kyaw resigned from his position as the President of Myanmar which required the country to elect a new head of state on Wednesday. According to the Constitution, the country needs to have three vice presidents elected by the Lower House, Upper House, and the military lawmakers from both chambers. Last week, the three vice presidents that were elected were U Win Mymint of the ruling National League for Democracy, U Myint Swe, and U Henry Van Thio. Amongst these three, U Myint Swe was elected to be the new President on Wednesday morning. He is considered to be one of Aung San Suu Kyi, the State Counselor/s favorites amongst the NLD members. He had become the Lower House speaker in 2016, after NLD won the general election in 2015. At that time, he was categorized as someone with strict discipline as he did not let the the discussion topic to be diverted into something unnecessary and unimportant. 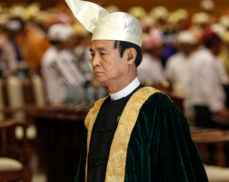 Kim Jong Un, the North Korean leader, made his first trip to China after taking office in 2011, meeting Chinese President Xi Jinping in Beijing. The Korean President claimed that he personally felt the urge to inform the Chinese President about diplomatic developments on the Korean Peninsula. During the discussion, Mr Kim assured President Xi that he was committed to giving up his nuclear weapons, although he had some conditions that needed to be accepted. He stated that if South Korea and the US respond to their efforts with goodwill and create a peaceful and stable atmosphere during the implementation of the measures, the denuclearization of the Korean Peninsula will effectively be resolved. Mr. Kim is expected to meet South Korean President Moon Jae-in in April-end and President Donald Trump of the US in May. It cannot be said whether this meeting marked a softening of China’a posture toward the North Korean President or its commitment to the international sanctions against the country. US President Trump tweeted that he believes that Kim will do what is right for humanity, right after Kim’s meeting with President Xi. 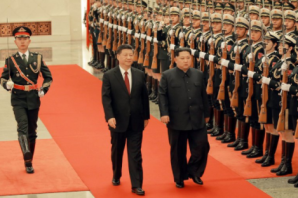 The Pakistani activist for girls’ education and the youngest Nobel laureate returned to her home country Pakistan for the first time after the Taliban militants attacked her in 2012. Ms. Yousafzai is expected to stay at Islamabad during the four-day visit and will be visiting Prime Minister Shahid Khaqan Abbasi and other high-ranking officials. Additionally, she will also visit Swat Valley, her childhood home, which is also the place where Taliban attacked her. Malala will also inaugurate a school for girls that will be built with aid from the Malala Fund, which is an organization advocating for girls’ education around the world, started in 2013. She was shown with her parents at the Islamabad Benazir Bhutto International Airport under tight security in television. Her visit to Pakistan has not been publicized because Taliban militants are still active within the country and have been responsible for various attacks in recent years.

Ball-tampering bans that have been given to three Australian cricketers, Steve Smith, David Warner, and Cameron Bancroft contain “glaring anomalies”, as revealed by the Australian Cricketers’ Association. Steve Smith and David Warner were stripped of their positions and have been banned from international and domestic cricket teams for a year while Bancroft has received a nine-month ban for the incident against South Africa in the third Test. They have also been forced to undertake 100 hours of voluntary service in community cricket. According to investigations, David Warner conceived the idea to alter the ball with sandpaper and also enlist Bancroft to execute this task by demonstrating him how to do so. Moreover, despite the fact that captain Steve Smith had knowledge of the plan, he did not prevent it and instead encouraged Cameron Bancroft to conceal it by misleading match officials. 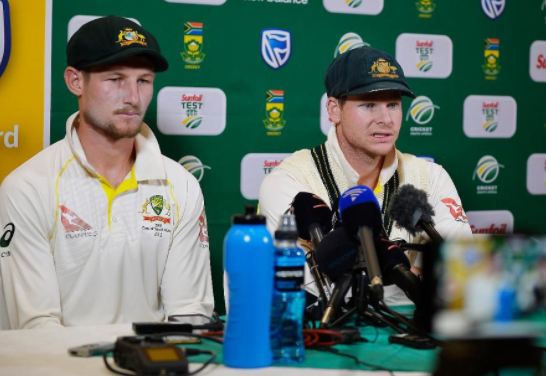