The library will be closed soon due to the Grade 12’s exams. What better time to stock up on books? This week, some series that will keep you busy for a while. 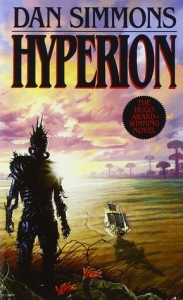 Earth is ancient history and humans have moved on across the galaxy, colonising and establishing a new system in place, and now, the entire galaxy is at war. Hyperion (the first book) tells the story of seven pilgrims headed to the time tombs on the planet Hyperion to face the Shrike, a creature who is–quite frankly–open to interpretation. Some people worship him, others hate him, most fear him. The fate of humanity rests on the shoulders of these seven pilgrims. Why? Well, read the series! It’s totally worth it. Every science-fiction fan MUST read this series. 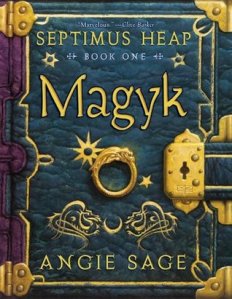 Septimus Heap, the seventh son of the seventh son, is stolen the night he is born and quickly pronounced dead. Born to a family of wizards, he would have been unimaginably powerful. On the same night, his father, Silas Heap, finds a newborn girl who the Heap family bring up as their own. Moreover, the Queen dies on that dreadful night. Coincidence? I think not.

If you love the Harry Potter series or just enjoy magic in general, you should definitely read this series. 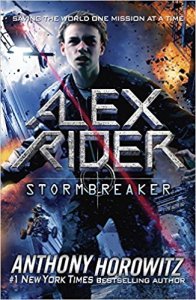 When Ian Rider dies in a “car-crash”, fourteen-year-old Alex Rider knows that everyone has been lying about his uncle’s death. Why? Only the fact that his uncle’s car was riddled with bullet holes. After this discovery, Alex finds himself drawn into the world of espionage and sent on a dangerous and top-secret mission.

If you’re into spy stuff and like series such as Cherub, then you’ll enjoy this series. Personally, I only liked books 2, 5, 9 and 10 but perhaps you’ll have a different experience.