So much has been happening in different parts of the world. Here are 5 top highlights of the week:

Greece has finally been able to complete a three-year euro-zone bailout programme designed in order to help it cope up with the fallout from its debt crisis. This is the first time in eight years that it is now free to borrow money on the financial markets. The European Stability Mechanism, an intergovernmental organization, has provided Greece with $70.8 billion over the course of three years. This has enabled the government of Greece to reform the nation due to the troubled economy and also to recapitalize its banks. According to the EU’s Commissioner of Economic and Financial Affairs, Greece will now be treated like any other European country. The International Monetary Fund claimed that only four countries have had even worse cases than Greece in the last decade: Libya, Yemen, Equatorial Guinea, and Venezuela. Greece has promised to cut spending as well as implement economic reforms in return for the money.

Tensions between US and China expected to grow due to tariffs

US Treasury Under Secretary met with Deputy Commerce Minister on August 22 and 23, which was the first meeting between senior officials since June. They believe that certain matters need to be discussed prior to the multilateral talks in November between Mr. Trump and Chinese leader Xi Jinping. US claims that they want to have a results-oriented and constructive bulaterial relationship with China. The Trump Administration has also announced tariffs on a further $16 billion of $50 billion goods. US companies say that tariffs are enhancing the risks of trade war and costing millions of jobs to Americans. In addition to this, foreign investment in US has slipped every quarter after the 2016 presidential elections, which means that investors are no longer viewing the country as “safe”. US officials want China to raise its currency value before the trade dispute between the countries. A strong US dollar would mean American consumers paying less for imports, which would be non-profitable for companies exporting their products overseas. The value of China’s yuan has dropped by 10 percent in comparison to the US dollar, since April. The reason why Mr. Trump raised the tariff levels is to counter the sinking currency of the country.

The military exercises, called the Vostok 2018 exercises, will begin at the end of August. Thousands of Chinese and Mongolian troops are expected to join the exercises.  This will be the largest exercise ever since the occurrence of Zapad-81 maneuvers, the largest military exercise carried out by the Soviet Union. According to the Chinese Authorities, 3200 soldiers, 900 tanks, and 30 jets and helicopters will be part of the maneuvers. The contribution of the Mongolian army will be significantly smaller. The troops will deploy from September 11 to 15 at Tsugou training range where the borders of China, Moscow, and Mongolia meet. According to the Defense Ministry of China, the main focus of this exercise is maneuver defense, firepower strikes, and counterattack. Due to the escalating tensions between North Korea and US, China and Russia have come closer together and are working to avoid the outbreak of World War 3.

A small jet carrying 16 people including musicians Post Malone and Andrew Matt, successfully made an emergency landing at New York’s Stewart Airport after blowing out two tires during the time of takeoff. According to reports, the plane had been circling the greater New York City for roughly four hours. The plane took off from Teterboro Airport near New York City before 11 a.m. and was originally flying to United Kingdom, but had to land at New York’s Stewart Airport due to the issues that were experienced during its takeoff. The plane had safely landed at 3:50 p.m. after which the aircraft was towed to the ramp. Fans of Post Malone drove to New York Airport as soon as they heard about the news and emergency landing. Post Malone has thanked his fans for the prayers on Twitter. Moreover, the rapper is scheduled to perform at the Reading and Leeds Festival in London over the weekend. 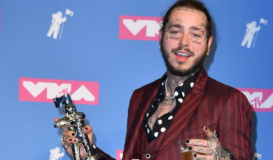 Earlier this week, Malcolm Turnbull, the Australian Prime Minister’s Liberal Party, tried to seize power. Turnbull backtracked on an energy bill that he wanted to push through the parliament but was unsuccessful in doing so as he would fail to garner enough support. This resulted in a leadership contest or a “spill”, where Turnbull won 48 votes. The contest was back on Thursday. Parliament shut down five hours early because Liberal politicians counted votes and collected numbers. Turnbull also told reporters that he’d be holding a party vote on Friday if his opponents (mainly Peter Dutton) presented a litter with sufficient signatures to support his ousting. The reason why his own party turned against him is because he has endured poor opinion polls and losses in recent by-elections. Moreover, he also said that if he were to end his almost three years as Australia’s PM, he wouldn’t let Dutton succeed as the new PM. Surprisingly, Scott Morrison, the treasurer has become Australia’s new Prime Minister after Malcolm Turnbull was ousted by his colleagues. Mr. Morrison won an internal ballot 45-40 over former Home Affairs Minister Peter Dutton, who was one of his main rivals. 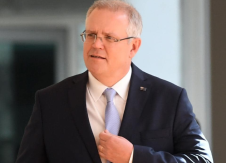