As another busy week has passed by, it is important to remind yourself to read the news. Here are five interesting highlights from the week:

The US fashion giant, Michael Kors, confirmed a $2.1 billion takeover of Versace, which has upsetted some fans of the Italian fashion house. Versace has been run by Donatella Versace after her brother was murdered in 1997. She said that she would continue to lead the creative vision of the company and believes that this is the perfect time for their company, Versace, to grow. Michael Kors is also expected to change its corporate name to Capri Holdings. It has also claimed that it plans to grow the sales of Versace to $2 billion annually, open more outlets, improve the e-commerce services of the brand as well as expand its footwear and accessories businesses. 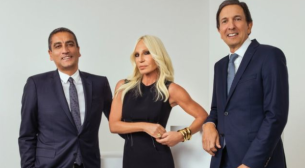 India’s 100th airport, inaugurated by Prime Minister Narendra Modi, in the Indian state of Sikkim on Monday, is undoubtedly one of the world’s most beautiful airport. Sikkim is home to Kanchenjunga, which is the third highest mountain in the world. The state is connected to Tibet, Nepal, and Bhutan through eight mountain passes. The first airport of the state at Pakyong, about 30 km from the state capital Gangtok, has been described as an “engineering marvel”. The airport has two parking bays and one terminal building, which can sustain 100 passengers at one time. Difficult topography and the hostile weather conditions made this 9 year long project even more challenging to build the runaway. Commercial flight operations from Pakyong will begin on 4th October and this airport is expected to boost tourism in Sikkim as well.

Japanese Prime Minister Shinzo Abe and US President Donald Trump, agreed in their talks on Wednesday in New York, to start new trade talks to review tariffs for goods like agricultural products. The two leaders also reached a conclusion that United States will refrain during the new trade talks from imposing any further tariffs on Japanese vehicles. Both the governments aim to conclude a new trade agreement called the Trade Agreement on Goods. In addition, industry analysts said that if the Trump Administration imposed a 20% tariff on Japanese auto exports, the manufacturers’ costs could go up by $8.6 billion. If automakers passed these costs to customers, the car exports of Japan will be expected to decline by 200,000 units, which would therefore cut their profits by 2.2 percent. 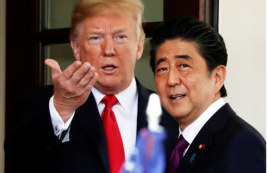 The shares have sunk after US regulators took action against co-founder Elon Musk for alleged securities fraud. On Thursday, a lawsuit was filed over claims made by Mr. Musk last month that he had funding to take Tesla private, a transaction that did not take place. The Securities & Exchange Commission’s civil action may lead to Musk being forced to leave from Tesla (either permanently or temporarily). Tesla shares have & $130 of Musk premium for future success that may dissipate. This would make it difficult for the company to raise money as it has been spending heavily in order to increase production of its latest car. Mr. Musk has led Tesla since 2008 and established a market value that rivals Ford and General Motors. During the trading session on Friday, Tesla’s shares fell by 15%. 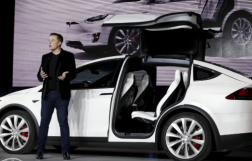 When visiting Antarctica, you expect to see icy, white landscapes. However, in some areas there are lush, green moss beds that emerge from under the snow for a period of roughly six weeks. Even though West Antarctica is one of the fastest warming places on the planet, East Antarctica has not seen much of a change in the vegetation there yet. After returning to Antarctica to continue the study that had been started in 2000, the green moss beds had turned dark red, indicating they were severely stressed. The red pigments are the sunscreen and drought stress protective pigments produced in order for the mosses to protect themselves. East Antarctica, due to climate change, has become colder, windier, and drier. Antarctic mosses are the only plants that tend to survive in East Antarctica. As the mosses grow, they preserve a record of how dry or wet the environment is along their shoots. Even though they are only 4-14 cm tall, they are home to tiny animals, fungi and lichens.