The weeklong holiday is approaching! Just before you dive into relaxation mode, here are this week’s news highlights. 🙂

UK aims for a “zero-carbon economy”

The UK is looking forward to reducing its carbon emissions considering its advancement in technology and the involvement of both the private sector and the government, as specified by Climate Minister Claire Perry. The UK reportedly aims for an 80% reduction by 2050. Experts and critics have specified that new policies must be introduced especially on the use of ‘cars, planes, industry, waste, farming, meat consumption and heating’.

Therefore, they have initiated the promotion of the ‘Green GB Week’. This week (15th – 19th October) celebrates the 10th anniversary of the UK’s Climate Change Act and encourages pride for the UK growing its economy while reducing over 40% emission since 1990. A series of events, announcements and media activity will be focused on raising awareness of how businesses and the general public could contribute to address the issue of climate change. They intend to focus on reducing the use of transport, heating, non-renewable sources, waste, meat. They plan to use online systems to allow individuals to buy power more cheaply and reduce wastage of energy. 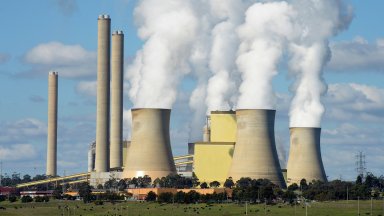 US plans to withdraw from a 144-year-old treaty

A senior official mentioned, “We’re looking for a fair system,” and “We do hope that ultimately we achieve a negotiated outcome.” Therefore the main aim of this strategy is to be noticed and therefore have more desirable deals. The US claims that this treaty currently favours countries like China while it is disadvantageous for the US. This is because it is believed that this treaty promotes imports and puts pressure of competition on domestic companies due to the distortion of pricing. This step is evidence of President Trump’s “America First approach to trade”, which in the past has caused the introduction of tariffs on goods.

eBay has filed a lawsuit on the basis of their accusation on Amazon ‘of using illegal tactics to recruit sellers’. eBay claims that Amazon representatives have been creating accounts on eBay to solicit sellers. It also says that these representatives violated eBay’s internal email system and abused their marketplace’s policies knowingly. BBC reports that eBay is now seeking monetary damages to be awarded at the jury trial.

Winner of the 2018 Wildlife Photography Competition

The result was announced at London’s Natural History Museum, with the winner being Marsel van Oosten. He took the picture in China’s Qinling Mountains. This photograph required days to be captured as Oosten reported to have followed the monkey troop to learn their habits and predict their behaviour. His aim was ‘to show in one shot the beautiful hair on a male snub-nosed monkey’s back, and the creature’s blue face.’ Oosten was honoured to receive the award and elaborated on his aim by saying, “I am happy that it is with this particular image because it is an endangered species and one that very few people even know exists and it is important that we realise that there are a lot of species on this planet that are under threat.” 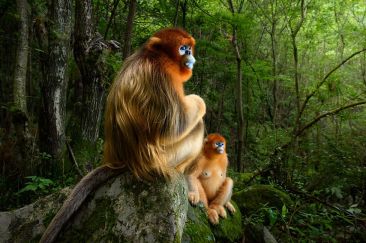 Europe and Japan have collaborated in a mission to discover some of Mercury’s mind-puzzling observations. Each party has contributed a probe to be launched on an Ariane rocket from French Guiana. These probes are together known as ‘BepiColombo’ and are conjoined but will separate once they arrive on Mercury after a seven-year-long journey.

Scientists aim to find answers to mysterious puzzles about Mercury through Bepicolombo. For instance, they are concerned about the fact that Mercury’s iron core represents 60% of the planet’s mass, yet it only has a sheet of rocks on its surface. A popular theory among these scientists is that Mercury may have started off as a planet far away from Sun and had later migrated closer towards it. During this journey, it may have collided with another mass, causing its outer layers to shed off due to the impact.

Prof Dave Rothery, a scientist from the UK’s Open University, has said, “Mercury doesn’t really fit with our theories for how the Solar System formed, and we can’t understand our planet fully unless we’re able to explain Mercury as well.”

Japan’s Mercury Magnetospheric Orbiter (MMO) will focus on Mercury’s magnetic field and its interaction with the “solar wind”. On the other hand, Europe’s Mercury Planetary Orbiter (MPO) will produce maps of the region, sense the inner core’s features, and collect data on the surface structure and composition. Lift-off from the Kourou spaceport is timed for 02:45 BST; 03:45 CEST; 10:45 JST Saturday.