Helsinki, the capital city of Finland, will be the first area in Europe to experience Wing’s air delivery service. Wing is a subsidiary of Alphabet Inc. and a potential competitor of Amazon Prime Air service. They claim to deliver packages weighing up to 1.5kg within minutes of order placement.  Wing has been testing this service in Australia and claimed to have delivered about 55,000 deliveries of materials including coffee, medicine and household goods. They have decided to begin their service in Helsinki because Finnish people are “renowned for being early-adopters of new technologies.” According to BBC, it has invited them to share what products they would like to see delivered by drone, with suggestions including breakfast, lunch, painkillers and household essentials. During the trial period, customers can order through a smartphone app and receive their delivery free of charge. Wing claims that air delivery is “safer, faster and more environmentally friendly than ground delivery.”

2. China’s first mission to the moon’s ‘far side’

China is about to launch its robotic craft on the side of the Moon that never faces the Earth. They have named their first mission as ‘The Chang’e-4 mission.” This mission aims to bring back Moon soil and rocks for inspection on Earth. Scientists are interested in this project as Von Kármán crater, located on the far side of the moon, is the ‘oldest’ and ‘largest’ impact feature on the Moon’s surface. They also believe that is was caused by a huge asteroid impact billions of years ago. The ‘tidal locking’ phenomenon has allowed us to only witness one face of the moon, which makes scientists curious about the soil/rock composition on the other side of the moon. The difference between the far side and the near side of the moon is that the far side has a thicker crust and more craters.

Lamar’s main nominations are regarding his Black Panther soundtrack whereas Drake is famous for his song “God’s plan” and his album “Scorpion.” This year’s most nominated artists are listed below:

Several categories were expanded this year for up to eight nominees to recognise more women and artists from other ethnicities, namely, black, Asian and minority ethnic artists. This change was made after people criticised that ‘the winners are usually disproportionately white and male.’ This issue was raised specifically after Bruno Mars achieved six Grammy’s awards this year. The newly expanded categories are ‘album of the year’, ‘record of the year’, ‘song of the year’ and ‘best new artist’. The ceremony is expected to take place on the 10th of February 2019 at the Staples Centre in Los Angeles. 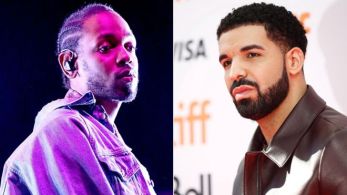 4. Huawei as the ‘the focus of international scrutiny’

Huawei is now the second biggest producer of smartphones in the world. This Chinese company is undergoing intense inspection due to the loss of its consumer’s faith in its products. Japan’s government has decided to stop importing products from Huawei and another Chinese manufacturer called ZTE. On the 1st of December, one of Huawei’s chief officer was imprisoned in Canada. Security concerns about Huawei’s products include the fear that the Chinese government is using these devices as a method to ‘spy’ and collects ‘useful’ data from rival nations. However, the brand has denied this claim and replied by saying that it only offers the required taxes to the Chinese government. Countries such as New Zealand, US, Australia, Canada, Germany and the UK have either banned/placed restrictions on the brand’s products or demanded severe security testing on them. 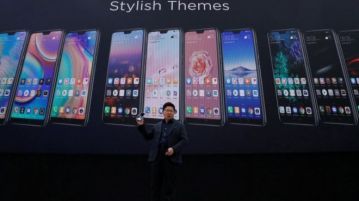 Human actions, such as illegal hunting, climate change and habitat loss, are the reasons why there has been a noticeable decline in the species’ population. Therefore, scientists have taken the initiative to eight giraffes into Niger’s Gadabedji Biosphere Reserve. The Giraffe Zone is a government-defined region where humans and giraffes both exist. As a result, African giraffes have to compete for resources and stay clear from hunting and agricultural encroachment. Moreover, some giraffes have begun to migrate due to overpopulation. Efforts by the government of Niger and with local and international partners gave path for a small boost on this species’ population. The current population of this kind of giraffe is 600.

Have a great weekend!