The summer break is almost here! Here are 5 new highlights of the week. 🙂

It has been reported that Apple has announced that iTunes is to be replaced by Apple Music, Apple Podcasts and Apple TV. The current sign-in method will also be modified and replaced with something more secure. Instead of logging in through social media, users will now use “an email address-hiding function”. This “sign-in-with-Apple” method was implemented in order to improve the software’s privacy. “Existing sign-in services provide a simple means for single sign-in across the web. Privacy is the differentiator that will be heavily emphasised versus Facebook and Google, and represents a great marketing tool for Apple’s broader privacy stance,” mentioned Ben Wood from CCS Insight.

This patch contains millions of stem cells that are intended to help repair any damage caused by a heart attack. This patch is lab-grown from the patient’s own cells. After an extended period of time, it turns itself to a ‘healthy working muscle.’ Doctors expect to begin its usage in the next two years as it is still undergoing various tests to ensure its efficiency and safety. 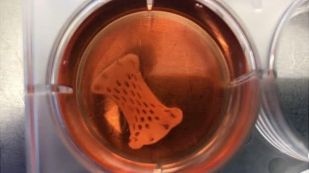 3. High heels are ‘necessary’ for women at work in Japan

A minister in Japan emphasizes upon the importance of women wearing high heels to work. “It is socially accepted as something that falls within the realm of being occupationally necessary and appropriate,” Mr Nemoto said. However, a woman named Yumi Ishikawa has raised awareness and tried to go against this decision. Her petition has been signed by thousands of people on social media. According to BBC, supporters have been tweeting the petition with the hashtag #KuToo to support the cause, mirroring the #MeToo movement against sexual abuse.

The African Union has reportedly suspended Sudan’s membership “with immediate effect”. They had said, “The AU Peace and Security Council has with immediate effect suspended the participation of the Republic of Sudan in all AU activities until the effective establishment of a Civilian-led Transitional Authority, as the only way to allow the Sudan to exit from the current crisis.” Sudan’s crisis saw its peak since the ousting of President Omar al-Bashir in April. Opposition activists believe a paramilitary group has killed 108 people this week, but officials put the figure at 46.

5. Reasons why the car industry has been struggling

In a recent article by the BBC, reporters listed a total of 5 reasons why they believe the car industry is declining, mainly in the UK. The latest evidence for the declining industry has been the decision of Ford; which plans to close its Bridgend plant next year, with the loss of 1,700 jobs. Firstly, with trade tensions between the US and China alone with a slow economy has resulting in the falling demand of cars. Moreover, with the UK aiming to significantly reduce wastage and greenhouse gas emissions, there have been new CO2 emissions standards. These standards are proving to be costly for the car industry.

Have a great weekend! 🙂