A Tamil refugee family has been released from Christmas Island after heavy criticism from the Australian media and public.

Biloela, a refugee family in Australia has been released from Christmas Island. Their youngest child needed medical care and was flown to the mainland. Australia has granted permission for the family to live in Perth while they pursue legal action for their immigration status.

Their youngest daughter, Tharnicca Murugappan has to be evacuated to a hospital immediately because of contracting a blood infection. Her medical condition made the news. The public was worried about the family’s well-being.

Alex Hawke, the immigration minister said the father and eldest child will be flown to Perth where they will be able to join Tharnicca and the mother. The family has been separated for more than a week.

They had been living in a detention center on Christmas Island, an Australian external territory. They were being monitored constantly by security guards. While they were living here, their youngest child Tharnicca developed pneumonia as her treatment was being delayed and her symptoms were worsening.

When the family is reunited in Perth, they will live in government housing in Perth’s suburbs. They will be monitored but will be allowed to move around while Tharnicca is provided medical care.

Their story has been in the news since 2018 when the Murugappan family were deported from their home when their visa claim was rejected in Biloela. Protests were held and advocates for the family welcomed their release from offshore detention. 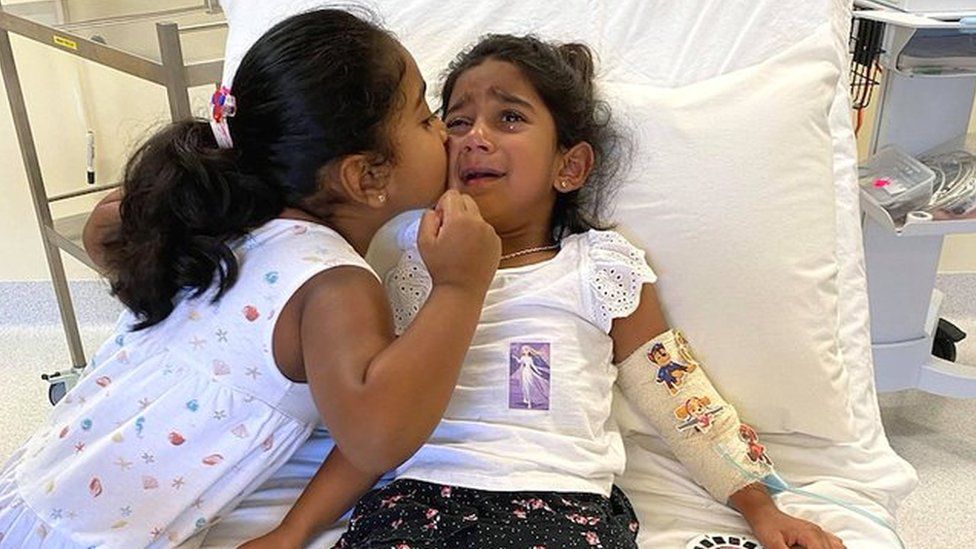