Welcome back! We hope that everyone has had a great holiday. Perhaps you’ve heard of different news stories during the break; but hopefully you all had a relaxing, stress-free holiday. It’s a new year now, which means new events (or the same ones, the same problems always find a way to pop back up) are coming our way. Which gives us more stuff to write about, and more stuff for you to read. Get up to speed on the latest current events on this week’s 5 things to know!

Security footage caught by TMZ showed a gunman releasing fire on citizens in the Forth Lauderdale airport Hollywood last Friday. The gunman was later identified to be Esteban Santiago. “We are aware of the video on TMZ. There is currently an investigation involving law enforcement looking into the matter.” says airport spokesman Greg Meyer. The shooting resulted in 5 deaths and several injured. The video and the horrifying event shows what could be any baggage claim in a country such as America. 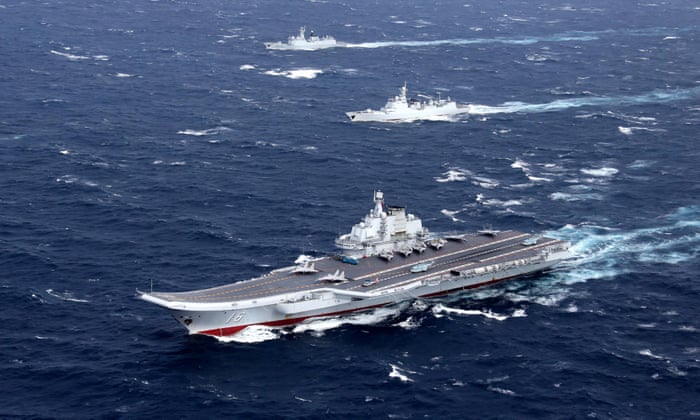 China has controversially built fortifications and artificial islands around the South China Sea, in which it claims nearly the entire area. Rex Tillerson, Trump’s nominee for secretary of state said that “access to the islands will not be allowed”. The only in which that could be done is by imposing strict military force. The Trump administration would risk “large scale war” against China if it were to interfere with the ownership of the South China Sea area. “China has enough determination and strength to make sure that his rabble-rousing will not succeed … Unless Washington plans to wage a large-scale war in the South China Sea, any other approaches to prevent Chinese access to the islands will be foolish.” states an editorial in the Global Times, which is controlled by the Communist Party.

Former president Barack Obama gave out his farewell address on Tuesday night in his hometown of Chicago. He took a step back to reveal all the achievements he and his cabinet members have made, such as marriage equality and health care. He shared optimism to the audience about the upcoming government and assured them that even though his term has ended, his vision for progressive change hasn’t ended. “Democracy does not require uniformity,” Obama said. “Our founders quarrelled and compromised, and expected us to do the same. But they knew that democracy does require a basic sense of solidarity — the idea that for all our outward differences, we are all in this together; that we rise or fall as one.”

On New Year’s, a riot broke out in one of Brazil’s prisons, killing 56 inmates involved. The head of the Anísio Jobim Penitentiary Complex who was named Jose Carvalho da Silva was removed from his position on Tuesday after allegations of corruption by two inmates became known to the public. The riots erupted against incarcerated members of the Familia do Norte (FDN) and the Primeiro Comando da Capital (PCC) groups who made their way into the prison as two inmates were paid to let them in. Sergio Fontes, public safety secretary of the state of the Amazonas, said that the riot took place over drug trade behind the prison walls. “They weren’t fighting because one is called one thing and the other one is called another. They are fighting for money,” he said.

5) 24 Hours without Violence in El Salvador

Police in El Salvador state that the country has gone without violence and murder for 24 hours, which is considered a victory for the country. El Salvador, according to the United Nations, hosts the largest murder rates in the world, due to its presence of gang violence. 10 people have been killed every day ever since the start of the year until a peaceful Wednesday came. As of now, the police have not any information to explain the lack of violence, and the authorities have been quick to deny that they made any peace truces with the gangs.