Demonstrations in Charlotte, bombings in the U.S, conflict arises yet again within Syria. Unrest has been spreading throughout the world in a span of only a week. Don’t know about these events? Don’t fret! That’s what KIS Today’s “5 Things to Know” is for. So allow us to brief you on what has happened this week in 5 minutes.

Over the last weekend, the U.S was hit with 3 attacks in a span of only 12 hours. The affected states were New York, New Jersey, and Minnesota. In a dumpster near the Chelsea neighborhood, an explosive device was planted, wounding 29 people on Saturday night. A pressure cooker bomb planted by the same man was found only a few blocks away, seeing him use a phone as the timer.

New Jersey was hit with a pipe bomb-type device, placed in Seaside park just before a Marine Corps charity run. No one was hurt however as the run was delayed due to registration issues.

In Minnesota, a man wearing a security uniform was spotted rampaging on a stabbing spree at a mall in St. Cloud. Due to this, nine people were injured before a cop shot him dead.

What was thought to be a step for peace has once again, resulted in conflict. The Syrian ceasefire’s success is now at stake after the reported airstrikes from rebel strongholds. The area that was affected was Aleppo, killing one woman and injuring several people. Humanitarian aid was stuck at the border due to attacks, and on Tuesday, the hope of aid ever coming to Aleppo was crushed. An Aid convoy was attacked inside an area of the rebels destroying 18 out of 30 trucks and killing 20. Not only that but the day after, four medical workers were killed, and a warehouse and aid convoy were bombed. There are back and forth arguments between Russia and the U.S on who is responsible for the break in peace, we can only hope that sooner or later, Syrian citizens can get the help they need. 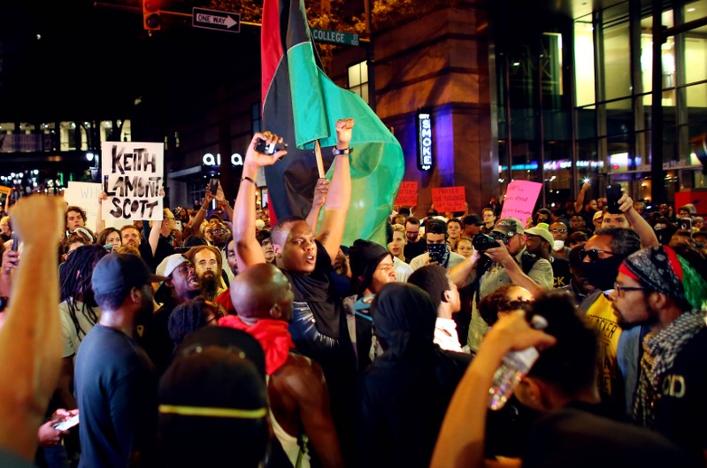 On Tuesday, a police officer who was looking to serve a warrant shot a man in the parking lot of an apartment complex. The victim, later known to be Keith Lamont Scott, was a 43-year-old African-American. Reports stated that Scott was not the man the police were looking for, however, he was shot due to the possession of a firearm, and refusal to put the gun down when ordered to. His family tells a different story; stating that Scott was “reading a book while waiting for his son to finish school”. Citizens of Charlotte proclaimed that the incident was unjust and went protesting, which grew by the hour. Chaos ensued, fires were lit and business were looted, ending in the police having to use tear gas to control the situation.

Gas prices have spiked in the U.S after the leak of the Colonial Pipeline that runs from Houston to New York earlier this month.The pipe provides gas for about 50 million people on the East coast and sometimes the Southeast. The leak took place in Alabama, and the gas from the pipe has been redirected to an undamaged second pipe that carries diesel and jet fuel. However, despite the redirection, service stations in Metro Atlanta and north Georgia have said they run out of gas on Sunday night. As for the stations that had gas, cars were all lined up, even for the most expensive gas. Prices rose up to $2.99 dollars, and one citizen was reported to have paid $47 to have his car filled with premium fuel. Rising gas prices have caused people to miss work, and to be more cautious about when they use their car, however, the pipe is due to be fixed, and we can hope that things will get better by then.

On Tuesday, a firing shell that contained mustard gas was fired at the Qayyara air base that hosted American troops. U. S Troops went through decontamination showers, however,there were no symptoms of the victims being harmed by the mustard gas. One official stated that the substance had “low purity”, another claimed that it was “ineffective”. The U.S states that they suspect ISIS of performing this act, as U.S troops close in on Mosul, a city taken over by ISIS, as an attempt to take it back from them.