This week, some MUST READ fantasy series.

The Chronicles of Prydain 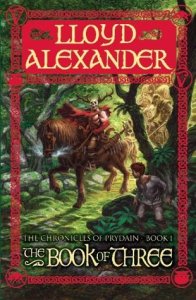 Taran is an Assistant Pig-Keeper with a thirst for adventure. When his magical pig, Hen Wen, runs away, Taran finds himself caught up in an adventure of a lifetime. But perhaps home is really where the heart is.

The Chronicles of Prydain is a five-book series (all of which can be found in the library!). It’s a children’s fantasy but deals with universal themes. I read this series last year but I can’t stop thinking about it. The writing is fabulous–simple yet thought-provoking. The characters are also really well developed and likeable (even the villains!). A definite must-read for all fantasy lovers.

The novel follows a talented thief and conman’s adventures in Camorr. Locke rises from being an orphaned beggar to a Gentleman Bastard, making a lot of enemies along the way, including the Gray King, who seems to have a great disliking for him.

When crime meets fantasy, things get VERY interesting. This series is for older readers (perhaps 16+). I’ve only summarised the first book for you because the whole plot takes a complete detour in the second and third book. The Thorn of Emberlain, book four, will be coming out this year. You better start reading now.

The Secrets of the Immortal Nicholas Flamel

Fifteen-year-old Sophie and Josh have found summer jobs. Josh works in a bookstore while Sophie works across the street. When John Dee, leading a group of men, attack the bookstore, the twins realise that the owner (of the bookstore) is none other than Nicholas Flamel, the ancient alchemist (hence the title). But that’s not all. There’s a prophecy about the twins, claiming that one will have the power to save the world, and the other–the power to destroy it.

I will admit the first book wasn’t the greatest. Michael Scott, it seems, was still developing the plot and characters. However, books two to six are AMAZING and have consistent ratings above 4.0 on Goodreads. The plot develops into much more than the end of the world. It’s about the importance of friends and the bond between siblings.

Note: Some summaries have come from my reviews on Goodreads.