On 5th May, Saturday, heavy rains that were expected to last three hours long came down in nine minutes, causing flooding in the Mamak district of the capital city and damaging local businesses. Mustafa Tuna, the mayor of Ankara, claimed that the flooding was a “natural disaster like never before”, implying that the flooding was severe. About six people were injured due to the floods but more than 160 cars and 25 local businesses were damaged, according to the Turkish Social Security Minister. Various organizations and departments are on standby, trying their best to provide support to every quarter of the city. Even though there are no imminent risks of torrential rains, forecasts reveal that this disaster will eventually lead to flash floods in Istanbul and Izmir, which is a coastal city. 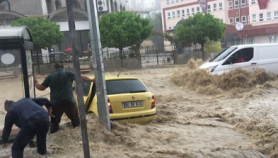 A total of 35 structures, mostly homes, have been demolished by the eruption of Kilauea volcano in Hawaii and as many as 2000 people have been evacuated successfully. New vents and fissures had opened overnight in the area of Leilani Estates, as the laval leapt to about 230 ft into the air. Moreover, the island was also hit by a 6.9 magnitude earthquake on 4th of May. The Civil Defense of Hawaii declared that due to unstable conditions associated with the toxic gas and earthquake and lava activities, safety lines were subject to change and returning home to retrieve pets, medicine, and vital documents will only be permitted if it was an extreme requirement. Kilauea is said to be one of the most active volcanoes as it has been in constant eruption for 35 years.

The US President, who was heard calling the deal “decaying  and rotten” as well as an embarrassment to him as a citizen resulted in the withdrawal. By doing so, he went against the suggestions that were proposed by the European allies because he decided to reimpose economic sanctions again. In order to respond to the US, Iran is planning to restart uranium enrichment in order to make nuclear weapons and energy. The Iranian President declared that his country needs to be ready to resume enrichment on an industrial level without the interference of any limitations. The US Treasury has also said that economic sanctions would not be imposed immediately but would be subject to 90-day and 180-day wind-down period. The sanctions would be imposed on the oil sector of the country, precious metals trade, as well as the attempts of the Iranian government to buy US dollar banknotes. 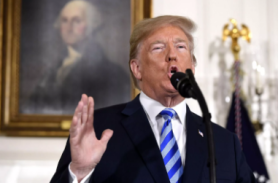 London ranked as the best city for university students

Top 30 ranking for student cities, that are produced by the QS higher education data analysts, has previously put cities like Paris and Montreal in first place. The rankings are based upon factors like number of top universities within the city, the availability of local jobs market, diversity of culture and the quality of life. There is one aspect that London poorly ranked on which was affordability as the cost of living is incredibly expensive. In London, there are a range of world-class institutions such as Imperial College, University College London, London School of Economics, and King’s College. At the same time, students also have access to cultural life of museums, cinemas, theaters, and numerous restaurants with good-quality food. On the other hand, the International Student Survey, which was based on 67,000 prospective applicants has shown that roughly 39% of EU students reckoned that Brexit has made them less interested in studying in the UK as this may have made the universities “less welcoming” to students hailing from EU countries.

The tense shadow war between Israel and Iran had burst into the open on Thursday, 10th of May when Israeli warplanes struck several Iranian military targets in Syria. It was a way of responding to an Iranian rocket attack launched from Syria a few hours earlier. Roughly 20 rockets were fired in the Israeli military positions near the Golan Heights overnight. Israeli military blamed Iran’s Quds Force, which is a special forces unit that is affiliated with the country’s Revolutionary Guard Corps, and also that this was the first time Iranian forces have fired directly on Israeli troops. Moreover, Syrian and Iranian news outlets have accused Israel of firing the first shot and the fact that Syria had responded after the Syrian town of Quneitra was targeted with missiles. The Iranian government did not pass any comments regarding this. According to the Syrian Observatory for Human Rights, at least 23 people were killed due to the Israeli strikes across Syria which were inclusive of five soldier and eighteen allied militiamen. Whatsoever, the Syrian army declared that only three people died because most of the missiles were intercepted.